How to read crypto charts?

The main task of any trader is to choose a promising object for the investments. One of the most promising tools for this is a technical analysis. Let's try to figure out what technical analysis is, why it is needed and how it differs from the fundamental one.

What is technical analysis?

Any trader decides how to find a suitable investment object, which in the future can bring serious profits. For this, two types of analyses can be used: fundamental and technical. 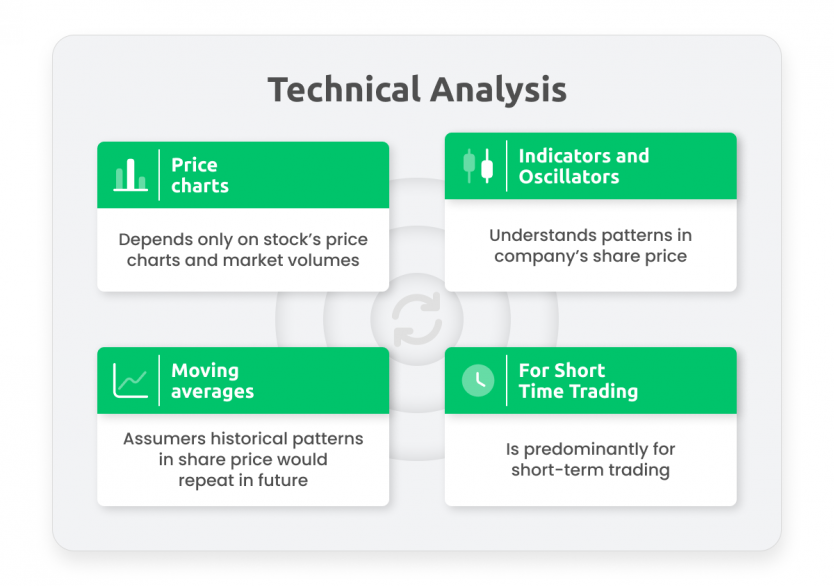 The first type of analysis helps to determine how promising the selected asset is in the terms of the inherent factors or market itself. For example, one decides to invest in Bitcoin. In this case, it is crucial to determine how promising investments in crypto are today, how the regulation may change in the coming months or years. Then it is worth analysing Bitcoin itself - how stable its ecosystem is, whether the coin still holds the first place, when the next halving is planned, and what obstacles users face in the blockchain.

The first indicator is cycles. In October 2022, more and more analysts had been saying that the technical analysis of Bitcoin repeated the situation in 2018, which led to a significant failure of the coin.

The next important indicator is the various figures formed by the asset movement chart. There are quite a few of them. The most famous one is the Head and Shoulders Pattern. In this case, we are talking about the transition from growth to fall. In turn, the inverted Head and Shoulders Pattern indicates that, on the contrary, a transition from a fall to an increase can be expected. 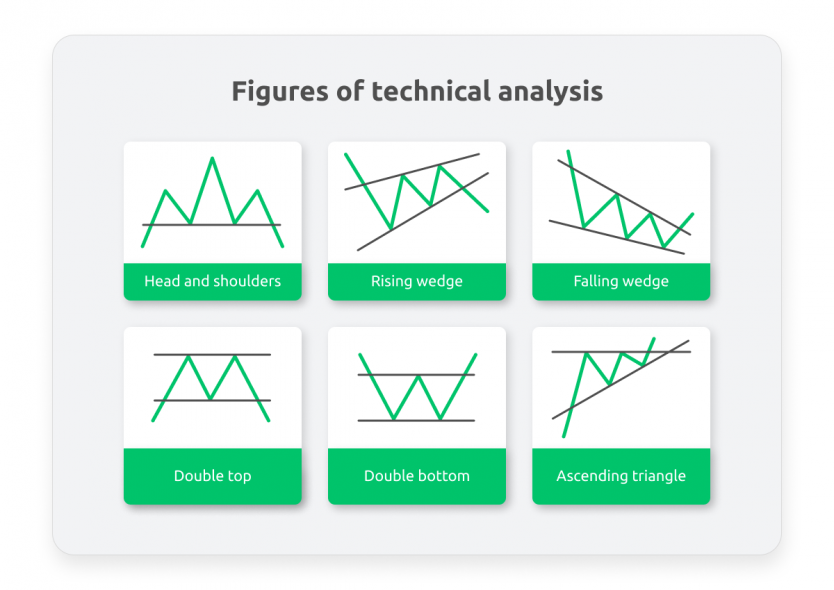 Technical analysis is suitable for any type of assets: stocks, commodities, fiat currencies or crypto. The subject of technical analysis can be a chart of various time periods - daily, hourly, weekly, monthly, etc. The most popular are the daily and weekly charts. For a full assessment it is necessary that the desired figure is fully formed. At the same time, the chart itself can be presented in different ways, the most popular being a line chart, a histogram, or Japanese candlesticks.

What are Japanese candlesticks?

The most popular histogram, which shows the future movement of the rate, are Japanese candlesticks. The bars are candle-shaped in appearance, as the tail or shadow at either end of the bar is like a shadow. The advantage of this method is that candlesticks more fully represent information about the value of an asset at the opening and closing of trading, as well as the minimum and maximum price values for a specific time period. 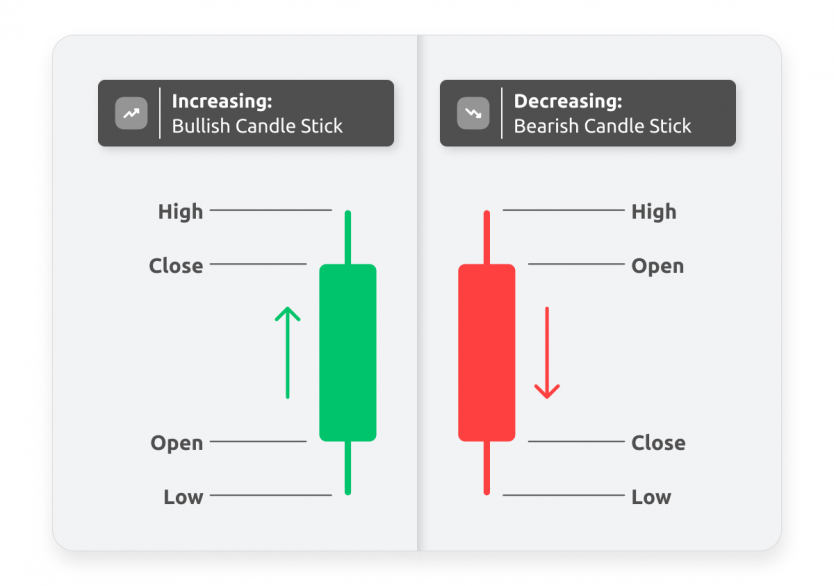 The name is based on historical background - the Japanese traders used candlesticks for technical analysis of the price of rice as early as the 17th century, and they owe world popularity to the rice trader Honma Munehisa, a Japanese trader of the late 18th century. It was him who was able to describe the bull and bear markets for the first time. Munehisa recorded his observations within the framework of the so-called "psychology of the market", trying to explain why traders act in such a way and not otherwise, for example, they sell or buy a certain product. Thus, he managed to describe the four main indicators of exchange trading: the opening price, the closing price, the maximum price and the minimum price.

The candle itself shows the opening and closing prices. If there was an increase in the price, then the candle is coloured green, and if the price fell, then it turns red. There is also an alternative way to designate candles: if the candle is hollow, it means an increase in value, and if it is painted over, then a fall has occurred. At the same time, the wick shows the maximum and minimum price at which the asset was traded. The top wick means the highest value and the bottom wick indicates the lowest value.

By analysing the various components of the candle, one can understand where the chart will go in the near future. If the candle is long green and without a wick, this indicates an increase in the number of buyers. In turn, a high wick indicates significant asset volatility. At the same time, a short candle with a wick indicates that buyers were able to push the price up, but as a result, bearish sentiment prevailed in the market.

The experienced traders can see in Japanese candlesticks the main signals of where the market will go in the near future. The configuration of certain candles, which allow you to draw a conclusion about the future movement of the rate, is called patterns. For example, the Doji pattern resembles a sword without a handle, that is, it is an almost body candlestick when the opening and closing prices are the same, but it means that there has been a change in the trend. Another example is the Double Top pattern, which resembles the letter M. It means that the value of the asset has hit the resistance line and is likely to go down. The opposite pattern - Double Bottom, on the contrary, indicates a possible price reversal upwards.

Why is it important to conduct both fundamental and technical analysis?

Some assets remain attractive in the long run, such as investing in indices like the S&P 500 or shares of the largest IT corporations such as Apple, Alphabet (Google) or Microsoft. Fundamental analysis helps to identify such players. With a high probability, nothing will happen to these securities in the long run.

In turn, technical analysis allows the investors to profit not so much in the long term, but in the medium and short term. This tool is suitable for those who are interested in intraday trading or scalping, when the transactions are completed in a matter of minutes or seconds. To do this, it is enough to place orders based on certain indicators that will automatically sell or buy when certain conditions match, for example, when the price of Bitcoin reaches $30,000 again.

The basic premise on which technical analysis is based is that the movement of the price in the future can be predicted based on its future performance. In turn, fundamental analysis says that it is possible to determine the movement of an asset on the basis of the financial indicators - financial statements, dividend yield, and much more.

Therefore, fundamental analysis is often called in-depth, because it involves a greater immersion in the asset under study. In any case, whichever analysis you choose, it is worth remembering that investing in cryptocurrencies remains risky.

Email us
retail@currency.com
Lesson 2 How to choose a cryptocurrency for yourself
Lesson 4 How to calculate all the risks?
Trade now