What is Terra Virtua Kolect? Your ultimate guide

How is the cryptocurrency linked to NFTs? Read our guide to Terra Virtua Kolect explained

Terra Virtua was designed to take non-fungible tokens (NFTs) to the next level by introducing an immersive experience where owners can interact with their collectibles. The NFT ecosystem can be found on multiple platforms, including a marketplace website along with applications on PC, mobile, and augmented reality (AR) and virtual reality (VR) environments.

The marketplace allows users to trade and buy NFTs, which also feature partnerships to provide Terra Virtua with a unique edge. There are now exclusive collectibles, including figures from the Netflix programmes Lost in Space and Pacific Rim: The Black. The prices for these range from $19.99 to $299.99 . There is even animated Beyoncé artwork from the Australian artist LA Migiotto going for $10,000.

Along with partnerships, Terra Virtua has created its own digital characters called vFlects. They can be bought on the marketplace, which vary in their rarity and design.

The system was developed to create social, gaming and creative experiences, and users can download an application to interact with the NFTs, which is available on PC and mobile. The app has an art gallery to display your collection as well as a Fancave and Terra Dome to show off other collectibles. Through this you can see the NFTs in 3D and via VR. There are also gamification aspects to Terra Virtua that involve using Terra Virtua Kolect (TVK), its own token. But what is Terra Virtual Kolect?

What is TVK coin?

The introduction of TVK coin was intended to reduce the transaction fee when buying the collectibles, but there are also more uses to the token. The first is Terra Virtua Prestige, which you can become a member of by staking TVK. The benefits of being a member include access to exclusive items, announcements through the townhall, and monthly random drops of NFTS and TVK coins. However, to start getting access to these features you must be holding at least 5,000 TVK. At its current price of $0.20 according to CoinMarketCap, that’s $1,000 worth of TVK.

There are also quests, competitions, and leader boards that have TVK rewards. This gamification layer was added to increase access to rewards using an interactive method in line with their mission objective.

Gary Bracey is the CEO of Terra Virtua and has experience in this field. He has been working in the games industry for more than 35 years. He worked at companies including Ocean Software and Digimask, before taking the leap into blockchain technology.

The final use of the TVK token is to create. By staking the coin, users gain access to tools that allow them to create their own 2D and 3D NFTs. These collectibles can then be used across the display platforms, like the art gallery and Terra Dome.

Is Terra Virtua Kolect worth investing in?

WalletInvestor says Terra Virtua Kolect coin is a “bad long-term investment” and predicts a gradual downward trend for the TVK token. But TVK was designed for NFT users rather than cryptocurrency traders. Only time will tell if TVK users are more interested in collecting exclusive collectibles and other NFT-related perks or investing in TVK tokens itself.

The reward-based system Prestige gives users four tiers to choose from – bronze, silver, gold and platinum – which are ranked by how much you stake. Some of these perks do come with a hefty bill: to gain platinum tier and unlock the personalised vFlect, users must stake 125,000 TVK. The pricing does start at 5,000 TVK at the bronze tier for users to see if they enjoy the rewards.

In a recent Medium article, Bracey revealed there are more movie partnerships coming, along with new ventures into the sports sector. When talking about the future, he said: “We are completely revamping our marketplace, adding an amazing Collections feature and currently redeveloping our Immersive Spaces (Fancave, etc) so they will all be device-agnostic and run at a good framerate on any screen.”

There is a limited supply of 1.2 billion Terra Virtua Kolect coins in circulation.

TVK is used to buy NFTs on the Terra Virtua marketplace. By staking TVKs users can gain access to townhall meetings with the CEO and exclusive collectibles. Investing in TVKs also unlocks creative tools giving the ability for individuals to create their own NFTs. Remember to never invest more than you can afford to lose.

In April, Terra Virtua partnered with CasperLabs to add verified authentication of the NFTs that they own. CasperLabs said: “Casper’s secure and decentralised approach adds a layer of trust for consumers.” Do not forget to do your own research into the security of Terra Virtua’s NFTs.

TVK coin price prediction: Is it worth investing in?
The material provided on this website is for information purposes only and should not be regarded as investment research or investment advice. Any opinion that may be provided on this page is a subjective point of view of the author and does not constitute a recommendation by Currency Com Bel LLC or its partners. We do not make any endorsements or warranty on the accuracy or completeness of the information that is provided on this page. By relying on the information on this page, you acknowledge that you are acting knowingly and independently and that you accept all the risks involved.
$50
WELCOME BONUS
Sign up 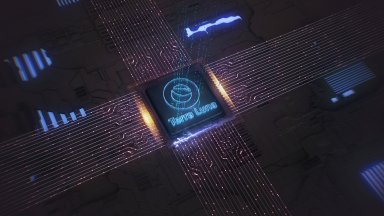 Your ultimate guide to what Is Terra LUNA

What is DAI? Your ultimate guide 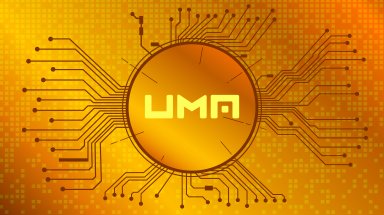