Currencies to invest in today: top picks for 2020

How do you choose the best currency pair to trade and what are the factors which can affect the forex market?

The foreign exchange market is one of the most active markets in the world. Its average daily volume was more than £4tn in 2019 – far more than the average daily volume on the stock market, for example. Just think about it – you are able to trade 24 hours a day, five days per week, and you are not limited to trade during active trading sessions hours. No wonder many traders decide to enter the forex market and trade the currency pairs. If you are one of them - this article will help you see the difference between the currency pairs and understand the factors which can affect the forex market before you choose the currency pair to trade.

First, when trading currency pairs, you should watch not only the factors affecting one currency but also the things which can influence the value of the second currency in the pair. For instance, if we take the EUR/USD pair, it is not enough just to analyse the economic indicators of the EU and leave aside the economic activities and political situation in the USA.

Although technical analysis can be very handy for defining your trading positions, fundamental factors which could affect the value of currency pairs in 2020 are also highly important. For example, it would help if you considered the influence arising from Brexit of EU, the upcoming presidential election in the US, the outbreak of Coronavirus in China, monetary policies and release of economic data.

Here are some of the factors which can have a substantial effect on the forex market:

Interest rates – a higher interest rate can have a positive effect on a currency because it may attract more capital as investors can earn higher profits. A decrease in interest rate will lower the value of the domestic currency.

Political situation - an example of the political events which can shape the movement of currency is the upcoming elections in the US or Brexit, which can increase uncertainty. For instance, the announcement about Brexit resulted in depreciation of the GBP against the US dollar. Accordingly, investors would prefer to buy a currency from a politically stable economy.

Economic news and releases – the economic performance of a country can be additionally evaluated by considering economic releases and the various economic indicators. Economic conditions can be analysed using the GDP levels, employment levels, manufacturing indices, etc.

The majority of Central banks from developed economies have cut down interest rates which affected the value of their national currencies. However, even with such a measure, the possibility for positive effects on the overall economy is still debatable and so the forex market is marked with lower volatility.

The future move of Central Banks regarding the interest rate is difficult to predict and analyst opinion is that there is almost an equal chance that interest rates could be further cut or increase. Uncertainty regarding interest rates will continue to influence the uncertainty in the forex market in 2020.

Moreover, the trade war between US and China had a major impact on the currency market in 2019 as international trade is a factor which has crucial importance in the movement of the value of currencies. It is expected that the signing of the "phase 1" of US-China trade deal will have a positive effect on the major currencies in 2020 since it is expected to impact the international trade levels positively.

Top winners against the dollars

Weakened against the US dollar

The forex market in 2020 may be under the influence of numerous factors such as improvements in the international trade, the fact that UK left the EU on January 31, the overall performance of the global economy, the US/Iranian tensions, US presidential elections and the outbreak of the Coronavirus. The uncertainty coming from these factors may affect investors' preference toward more stable currencies such as the Japanese Yen or the Swiss franc.

Many analysts expect that in the upcoming year the US Dollar (USD) will be subject to depreciation. This is due to the expectations that the FED will limit the interest rate rises and the lower demand for US dollar because of the decrease of investments in the global financial market. However, investors should watch the US dollar carefully, because it also has the potential to rise during election years.

The British Pound (GBP) had a bumpy ride in 2019, in anticipation of the possibility for a no-deal Brexit. But GBP finished the year slightly stronger against the US dollar and the euro.

After Brexit, it is expected that GBP will be under the influence of wider economic factors, rather than just driven by political movements. Hence, attention should be given to the UK trade deals post-Brexit, with special attention to the aspects related to the financial sector. It is yet to be seen what kind of deal will be reached between the UK and Brussels as it should be finished by the end of 2020. However, defining a favourable deal in combination with economic growth could positively impact GBP.

Slow economic growth, combined with the ECB decision to cut the interest rates down to negative 0.5 per cent, had a negative effect on the Euro (EUR) value. In addition, this was further affected by the announcement of ECB to resort toward quantitative easing. Another factor which went against the EUR was the weaker global trade coming from the trade war as well as the Brexit.

It is no surprise that investors move their funds toward the Japanese Yen (JPY) in times of higher uncertainty in the global economy. Japan has a substantial current account surplus which makes the JPY a safe currency, as it is protected against negative trends in the world economy. Moreover, US/Iranian tensions had a positive impact on the JPY value and the CHF value. Many analysts point out that investors should keep an eye on this currency because a strengthening JPY could be an indicator of potential problems.

In 2019 the Canadian Dollar (CAD) positioned itself as being one of the strongest currencies. This was primarily due to the decision of the Bank of Canada not to make changes to the interest rates. But experts believe that CAD could be overvalued, which means that it may face difficulties to experience a rise in the future. The search for a new governor could also increase the uncertainty and put pressure on potential CAD rise.

Best currency to invest in 2020

Which are the best currencies to invest in for 2020? Investors can decide to invest in some of the most popular currency pair such as the EUR/USD, GBP/USD, EUR/GBP, AUD/USD or USD/CAD. But take into consideration the uncertainty which comes from the above-mentioned factors.

If we turn to technical analysis, investors should wait to see the direction at which the price will breakout and form a firm trend before entering a trade position, as most of the currency pairs were trading in a range-bound market with limited volatility near the end of 2019.

Aside from investing in the most popular currencies, investors should not neglect the emerging economies as potential currencies to invest in 2020. Some experts believe that the improvements in economic conditions of the emerging economies such as Brazil, Mexico, Vietnam or Korea could provide a satisfactory return if you decide to hold them in the log-run.

FURTHER READING: What will the outcome of the 2020 US election mean for world markets? 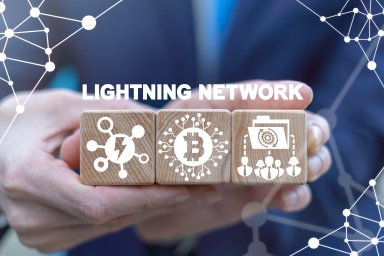 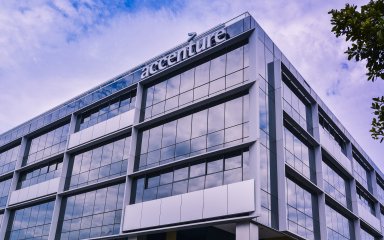