WIN coin price prediction – what’s in store for the crypto?

WIN tokens are a cryptocurrency used on the WINk gaming platform

What is WIN coin?

WINkLink – WIN – is the token used on the WINk platform. WIN tokens enable users to place bets and make transactions on WINk.

WINk, which was known as TRONBet until July 2019, is a blockchain-based gaming platform.

WINk’s token, WINkLink, was released by the platform’s creators after the rebrand from TRONBet to WINk. The WIN token supports two blockchain standards:

How does WIN work? (WINkLink)

WINk’s aim is to become the blockchain industry’s premier gaming platform for users to play, socialise and stake across multiple blockchain systems.

WINk claims it offers the largest library of games on the TRON blockchain, including poker, dice and slots.

A Binance Research report lists the development team as consisting of 12 people, three of whom have experience in games and management, while four have previously worked with blockchain technology.

The team is listed as former employees of well-known corporations including Amazon, Alibaba, Ogilvy, Tencent and Gameloft. While their names are given, no other details are supplied.

There has been speculation that this secrecy is because the developers are from China, and do not want to attract the attention of the Chinese authorities to their gambling platform.

Each WINk user mines tokens by playing their favourite applications on the platform. The more time a user spends playing, the more tokens they receive.

There is also a separate feature for token holders called WinDrop, which works in a more complex way.

Win Power is calculated based on the number of WIN tokens held by a user. The more tokens the user has, the more Win Power they accumulate.

Every day, depending on the amount of Win Power available, the system distributes a certain number of TRON tokens (TRX) between all holders of the WIN cryptocurrency.

The amount of TRX a user receives is proportional to their Win Power.

The price of WIN coin: how does WIN mining work?

The WINk platform provides developers with tools that enable them to create applications (games) and export ready-made projects.

The platform’s developers then lure users in with the low cost of transactions within the network.

So, while the average transaction fee within the Ethereum network at the time of writing was more than $10, for WIN all you need is a TRON wallet, such as GuildWallet or TronLink, and about eight TRX tokens, or $0.59.

Developers claim they are able to offer this because the platform uses its own bandwidth and power grids to conduct transactions.

At the same time, the tokens earned by users of third-party applications cannot be sold on the secondary market. So, is it possible to make a WIN coin price prediction?

WIN coin price prediction – what does WIN do?

The WIN coin is available as a dual token, either TRC20 or BEP2.

TRC20 is like the TRC token, so it is dependent on TVMs – TRON virtual machines that are used by TRON developers and supported by the TRON network.

BEP2 are the tokens issued on the Binance Chain network. These tokens are used to pay fees and enable any transaction within the network.

WINk claims to offer a low-cost casino operation that results in a lower house edge for the user, as well as more anonymity and provable fairness.

“We truly believe that blockchain technologies can revolutionise the gaming industry and provide excellent user experience.”

Then, in early April, the exchange rate rose sharply by 400% and by its 7 April 2021 peak, the price of WIN had risen to $0.002682. This explosive growth was a result of the free cost of transactions, as ETH users of WINk migrated to WIN.

However, the price dipped again and the market capitalisation of the virtual currency, having approached the $1bn mark in April, dropped to $144.6m by mid-June. On 4 October, the price was $0.00046075.

Is WIN coin a good investment?

Be wary when looking for a WIN coin prediction. Invest carefully and do not part with your cash unless you can afford to lose it.

Cryptocurrencies are risky and highly volatile instruments, and you should do your homework before putting money into any of them.

For those wanting to make a WIN coin price prediction for 2021, it’s been tricky. In February of this year, the WINk website had outage issues.

During that time, users did not have access to their accounts and, accordingly, could not place bets. Users also complained they were unable to contact WINk website support.

As with many cryptocurrencies, WIN is a volatile, speculative token and probably more likely to collapse than reach $1. Be careful with any WIN token price prediction.

In the secondary market, WIN can be bought on exchanges such as Binance, Gate.io, Poloniex, Liquid, WazirX and others.

You can get exposure to the cryptocurrency market by trading WIN or any other token you prefer through contracts for difference (CFD). These financial instruments track the price of the underlying asset and enable you to take either long or short positions on any of the instruments supported by the platform, based on your price forecasts. CFDs are leveraged products, so will magnify your gains – but also increase the size of your losses.

Do your own research and always remember your decision to trade depends on your attitude to risk, your expertise in this market, the spread of your investment portfolio and how comfortable you feel about losing money. Never invest more than you can afford to lose.

WINk’s token – WINkLink, WIN or WINkLink coin – was released by the creators of the platform after the rebrand from TRONbet to WINk in July 2019.

It is not clear who makes up the development and management team but we know that Lucia Wong is CEO of WINk. You can watch her speech ‘Why the Blossoming of Decentralised Entertainment is Inevitable’ on #LinktheFuture Virtual Conference.

Each WINk user mines tokens by playing their favourite applications on the platform. The more time a user spends playing, the more tokens they receive.

There are 994.7 billion WINk coins available and 766.3 billion currently in circulation. Unlike bitcoin, there is an infinite supply. So, what does this mean for a WIN coin price prediction?

Ocean coin price prediction: Is it a good investment?

OMG coin price prediction: Will it go up?
The material provided on this website is for information purposes only and should not be regarded as investment research or investment advice. Any opinion that may be provided on this page is a subjective point of view of the author and does not constitute a recommendation by Currency Com Bel LLC or its partners. We do not make any endorsements or warranty on the accuracy or completeness of the information that is provided on this page. By relying on the information on this page, you acknowledge that you are acting knowingly and independently and that you accept all the risks involved.
$50
WELCOME BONUS
Sign up 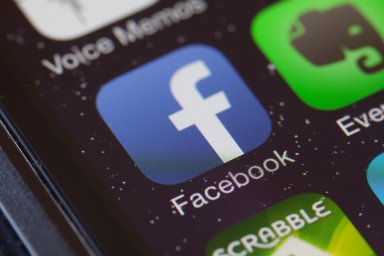