Current roles: Founder and managing partner at Stillmark, board director at Blockstream

Alyse Killeen is the founder and managing partner of Bitcoin-focused venture capital firm Stillmark. Since founding Stillmark in 2019, her focus has been on partnering with the founders of Bitcoin, blockchain and decentralised web ecosystem companies.

Stillmark invests in early-stage firms at the pre-seed, seed and Series A stages, with its portfolio featuring the likes of Clovyr, Casa and Lightning Labs. It focuses on supporting the vision of entrepreneurs whose plans, products, and technologies advance Bitcoin’s core principles, and the opportunities inherent and unique to the tech.

Alyse has been highly active in the Bitcoin space since 2013, working with some of the greatest minds in the field as an engaged investor, advisor and board director.

As mainstream interest in the world of cryptocurrencies continues to increase, so does the appetite of venture capital firms looking to back the next generation of innovative start-ups.

Venture capital firms poured a record $30bn into crypto companies in 2021, nearly four times the previous record of $8bn in 2018, and more than every other year combined, according to data from Pitchbook. Throughout this period of tremendous growth, however, one aspect remains largely unchanged: a marked paucity of female-led businesses.

Alyse Killeen, founder and managing director of VC firm Stillmark, aims to shake up the disproportionate balance when it comes to female leadership within the tech sector.

“There's an incredible opportunity for women to accelerate their careers by taking a chance on this new paradigm,” says Killeen.

It was while working as a junior member of an investment firm in Los Angeles that her interest in Bitcoin started to grow.

“In 2013, Bitcoin was just a hobby, something I filled my free time with. The industry was fledging, but there weren’t a lot of VCs in the room,” she recalls. “You would see the engineers that decided to leave the Googles and Facebooks of the world to take a risk on the sector."

But something stuck with Killeen around the potential of crypto and its power to improve financial inclusion.

“I thought, if Bitcoin continues along the path that it had been set for, then the emerging markets would be the first to adopt it, and then there could be a new shape of financial inclusion,” she says. “That’s when the seeds of our network were really planted.”

The birth of Stillmark

Fast-forward to today, and she has more than a decade of experience in the traditional venture capital space, working on deep technologies and infrastructure tech.

In 2019, Killeen founded her own VC firm, Stillmark, to back companies working in the blockchain and decentralised web ecosystem sectors. Stillmark remains one of the few female-backed venture capital firms to focus solely on Bitcoin.

“We commonly back founders very early in their journey,” says. Killeen. “After I joined the Bitcoin space, I realised that the sector is relatively undercapitalised in relation to the huge opportunity that exists for entrepreneurs.”

In 2011, bitcoin crossed the $1 threshold for the very first time. Two years later, it surged in popularity and traded around $13 before witnessing one of its greatest rallies to date and hitting $1,100. This was the first time bitcoin’s market cap surpassed $1bn.

The reason? “Accessibility,” says Kileen. “There's a much more diverse set of people finding use with bitcoin. Back in 2013, it was mostly approached as an investment opportunity, or a hedge against your exposure to your local fiat currency. Today, most people approach cryptocurrencies because of its payment capabilities.”

As cryptocurrencies continue to become one of the most effective ways to handle remittances with cross-border payments, increase the speed of transactions and drive down overall costs, its use cases will only continue to develop in the mainstream.

“It will continue to become really relevant, especially in developed nations and emerging markets that don’t have full access to a global economy,” she adds.

"To see bitcoin used in a way to shape financial inclusion is really exciting. And so to see that in practice today, to go from an idea to reality, validates its purpose and true potential.”

"After I joined the Bitcoin space, I realised that the sector is relatively undercapitalised in relation to the huge opportunity that exists for entrepreneurs” Alyse Killeen

Crypto companies had a knock-out year for funding in 2021. As that momentum continues into the new year, Killeen believes the industry will witness a broader set of institutional investors becoming involved with digital assets and Bitcoin.

“We’re deploying capital and resources at introducing payments in the emerging markets, but we’re also looking at the value behind play-to-earn games, and in being part of a distributed workforce that’s paid in Bitcoin,” she adds.

Killeen believes that the adoption of Bitcoin will soon move from a primary investment tool to diversify earnings in the gaming, work and rewards industry.

“Mining is another key vertical with a lot of innovation happening to create renewable energy projects. In 2022 I expect we'll have all of these themes running through from an investment perspective. We’re looking to invest across this expanse.”

As VC firms go, Stillmark’s portfolio is still relatively young, although a third of its portfolio companies include women in key leadership roles as well as the C-suite.

“It represents the need for inclusivity in the crypto space. This industry should be accessible for anyone looking to innovate,” says Killeen.

“There’s an abundance of diverse women leadership within the crypto sector, and that includes within our own portfolio. Some of the most talented founders, including the most insightful and visionary ones in Bitcoin, are women.”

While Bitcoin has the potential to level the playing field, Killeen recognises that there’s still a long way to go to completely neutralise the stark differences in gender. Women only make up 15% of bitcoin traders, and evidence shows that the crypto gender gap and lack of female leadership is tied to the bigger issue of why so few women are in the world of finance and technology.

Despite the imbalance, however, Killeen believes this should be seen as an opportunity rather than a setback for women. “The world of cryptocurrencies is an opportunity to see a really diverse set of leaders because of the nature of the tech,” she says.

“Bitcoin is a technological innovation, but it's also a social one,” she continues. “Its difference from other blockchain mechanisms of monetary systems is because its model is built on co-operation and collaboration between diverse stakeholders. This notion of collaboration is inherently a feminine value, or at least a value that women as young girls are raised to adopt.”

This, in return, can play into the hands of those who feel their strengths are in collaboration and addressing the social and psychological components of technology.

“There's space for that here. And there’s definitely an opportunity for women that have been on the outskirts of other tech communities to be really central here.”

"Some of the most talented founders, including the most insightful and visionary ones in Bitcoin, are women." Alyse Killeen

Killeen encourages anyone curious about the crypto sector to first educate themselves about the original attributes of Bitcoin in order to understand the why’s, when's and how’s. “Less time on YouTube and Twitter, and more time around the original conversations that Bitcoin emerged from.”

She adds: “I read the Bitcoin whitepaper over and over again, as well as the cyberpunk chats, where Satoshi went back and forth with his peers on the opportunities of Bitcoin, what would work, what would present a challenge as early as 2009.”

“It’s fundamental to educate yourself first. Find what you’re passionate about and then just go for it.”

Women in crypto: Sarah Meyohas
The material provided on this website is for information purposes only and should not be regarded as investment research or investment advice. Any opinion that may be provided on this page is a subjective point of view of the author and does not constitute a recommendation by Currency Com Bel LLC or its partners. We do not make any endorsements or warranty on the accuracy or completeness of the information that is provided on this page. By relying on the information on this page, you acknowledge that you are acting knowingly and independently and that you accept all the risks involved.
Blockchain Women in Crypto
АWin-Win
referral programme
Learn more 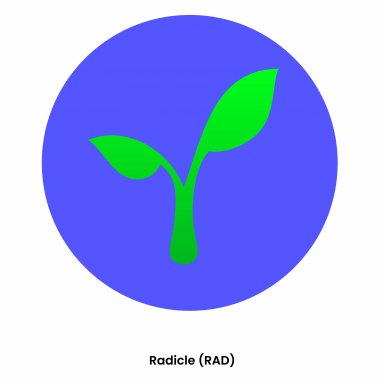 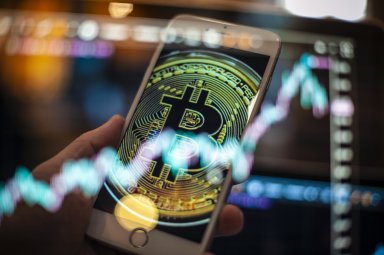