Amber Baldet, CEO of Clovyr on the rise of Big Tech, cryptocurrencies and breaking down gender barriers

Current role: Cofounder and CEO, Clovyr; Board of the Zcash Foundation

Amber Baldet is a leading voice on the practical application of decentralised technology. She has been featured in Fortune’s ‘40 Under 40‘ and is frequently quoted in the NYTimes, MIT Technology Review and Newsweek for her work, as she “handily bridges the divide between the Wall Street and crypto sets”.

Baldet led JPMorgan’s Blockchain Program during its crucial 2018 entry into Enterprise Ethereum. She also serves on the World Economic Forum's Blockchain Council and sits on the Board of the Zcash Foundation.

In 2018, Amber Baldet left her role as executive director at JPMorgan to launch Clovyr, a start-up she co-founded with former colleague Patrick Nielsen to facilitate open-source applications to decentralised platforms.

“A few large tech companies have too much power, but it doesn‘t have to be that way. We've never given up on the power of the internet as a force for good,” she says when discussing her motivation behind the start-up.

“Clovyr makes it easy to find, share and use apps that are alternatives to data-hungry SaaS and centralised platforms.”

Baldet grew up in South Florida, and from a young age dreamt of immersing herself in fast-paced city life as soon as she graduated from college.

Her first job was at a boutique research firm that specialised in data analysis, where her job was to research company headlines to verify data. “For example, the company would research whether or not a drug that got FDA [Federal Drug Adminsitration] approval would mess up peer reviews, or if the mortgages underlying debt securitisations were actually belly-up,” she recalls.

“Starting out in a place that took this contrarian view to all the bullish market exuberance was really important in shaping how I think about the industry,” adds Baldet.

Her breakthrough into the world of technology

When discussing what sparked her interest in the world of technology, Baldet recalls developments in the early 2000s as her earliest memory.

“Like everybody in 2002, I queued up a song on Limewire and went to eat dinner while it downloaded over dial-up from the peer-to-peer network.” The absurdities of the common situation many of us have faced were not lost on her.

“People exchanged all sorts of software over BitTorrent, and as data became more political, people ran Tor bridges and exit nodes to help get news past the Chinese firewall, for example.”

But it was the rise of digital wallets and cryptocurrencies that really resonated with Baldet. She says: “The idea of internet-native money was very cyberpunk (and cypherpunk) and cool, like rollerblading to Grand Central.

“Bitcoin was supposed to be about redistributing power from the old guard to the extremely online” Amber Baldet, CEO of Clovyr

Standing out as a female in a male-dominated industry

Fast-forward to today, and her CV includes time as a senior consultant at Capco, a systems analyst at Old Lane and as an executive director at JPMorgan.

“I’ve worked in roles related to development, design, information security, product management, and strategy. Working in tech means a lot of things – every job is rewarding and frustrating in its own way,” she adds.

And Baldet doesn’t shy away from the fact many of her roles have been within male-dominated industries. She understands that the cryptocurrency industry requires far greater female involvement and in fact, believes a key part of the problem is down to antecedent bias.

“There’s a narrative in crypto that there are no barriers to entry because it’s a new industry and much of the code is open-source, but every subculture inherits some of the biases of its predecessors,” she says.

“The pre-existing lack of diversity in tech, finance, and even law and politics means there are still filters for who engages, even though interested and motivated women are certainly able to educate and empower themselves.

“Women are still less likely to hold traditional bank accounts, despite being responsible for more than half of purchasing decisions, so these same women are less likely to spend time reading about the latest trends in investing… and then we’re told that women ‘just aren't as interested’.

“The mansplaining crypto Twitter trolls are just the loudest and most annoying of the problems.”

So, how do you solve a problem like gender bias? Her answer is simple: “Hire women and other people that don't look like you. Pay them well. Promote them. Fund their businesses. Stop trying to mentor them out of their own systemic oppression.”

Baldet recognises that gender bias is not unique to the crypto industry: “When men fail, it’s just too bad that they didn’t do a good job. When anyone else fails, it’s a cautionary tale for everyone like them.”

Despite global conversations around gender diversity, she recognises that women are still widely underrepresented in tech roles. “All women and under-represented folks who accrue some visibility become targets, unfortunately,” says Baldet, who also believes this is true of entrepreneurship and politics.

“However, every industry is cross-disciplinary,” she adds. Her advice to women facing an uphill battle is to focus on personal strengths in a sector you’re passionate about. This is when the real work begins.

“When men fail, it's just too bad that they didn't do a good job. When anyone else fails, it's a cautionary tale for everyone like them.”

Baldet discusses several pivotal times that have shaped her career, however one moment that stood out to her in particular took place when she testified before the US Congress about how to think about cryptocurrency.

“They keep arguing about whether it's cash, security or a commodity, but I wanted to remind them that while we’re arguing about that, what’s actually at stake is America’s ability to define the rules of the road for the next generation of internet infrastructure.

“We take for granted how much the West has benefitted from being first to the internet, and this time around we won’t have that lead,” she adds.

Launching Clovyr and the rise of digital currencies

Baldet now spends her time building Clovyr, a decentralised platform that helps people self-custody Web3 and other privacy-conscious applications anywhere from a home server to the cloud.

“We can help you self-custody your favourite blockchain node, but we can also help people host their own blog instead of posting on Medium, or run their own Mastodon instance instead of just posting to Twitter,” she says.

Looking ahead, she believes that the role of cryptocurrencies will play a far greater part in the world of finance, and will become much more integrated with online ecosystems as more people hold cryptocurrencies and rely on digital wallets.

“Tokens will have ever more utility that (hopefully) eclipses the ‘number go up’ narratives. All of that will produce a tonne of data, so we better get serious about building better privacy into these systems, both technically and legally.”

She adds: “Decentralisation increases as we decouple infrastructure from content, not just when cryptocurrency becomes a mainstream payment method.

“I never would have predicted that Gen Z would be talking about what cryptos are hot on TikTok.” 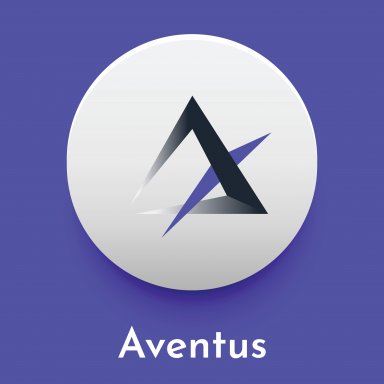 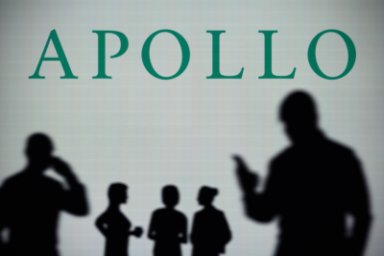 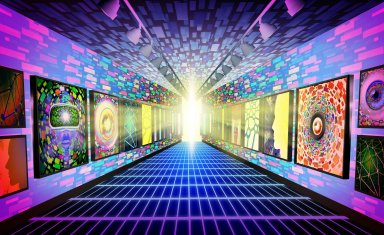